Teacher of the Year Mike Brasch

Hayes Freedom High School teacher Mike Brasch has been named Teacher of the Year by the Camas-Washougal Chamber of Commerce.  An eight-year veteran of the Camas School District, Brasch is recognized as a consummate professional whose warm, caring personality strengthens his teaching practice and his relationships with students. According to Principal Amy Holmes, “Mike is everything teaching should be about: keeping the focus on doing what is right and best for kids so they can learn and grow in all kinds of ways. He teaches them skills for successful lives.”

As an educator, Brasch underscores his lessons with authenticity, beginning with the Hayes Freedom motto: Be Kind, Be Proud, Be Fearless. To that motto, Brasch adds: “Be genuine—kids can spot a phony. Be prepared and ready for the day—kids can tell when you don’t know what you are doing or talking about.”

Brasch spent much of his career teaching in the Clark County area. In 2008, he joined the Camas staff at Dorothy Fox Elementary. Brasch moved to Hayes Freedom High School 2009. He quickly found this micro-learning community to be a fantastic place to work and teach. “I am a lucky man to have been allowed to finish my teaching career in Camas at Hayes Freedom High School. We have a terrific leader, Amy Holmes, and a great group of teachers, support staff, and kids. We are a team. When we all do a little, a lot gets done,” he said.

“In teaching, I realized that if I paid attention, I could learn how best to teach the kids I was working with. They may not have been able to tell me, but if I observed them and watched carefully I would be able to craft lessons to match the ways they learned best,” said Brash.

Mike Brasch was born and raised in Spokane, Washington, and is the oldest of seven children. His mother was a registered nurse and his father was a masonry contractor.  Mike attended Gonzaga Prep and Central Valley High before moving to Ellensburg to attend Central Washington State College (now Central Washington University). His extra-curricular activities included baseball, football, tennis, and a stint as the basketball team manager/statistician. He was also president of the Letterman’s Club and student body vice-president.

Brasch’s first jobs were labor intensive as he assisted his father with masonry jobs. He also worked in the irrigation and tile industries. After college, his first teaching job was in the Hockinson School District as a second grade teacher.

Growing up, Brasch never had a clear picture of what he planned to be as an adult and considered following in his father’s footsteps. The decision to become a teacher was made in college when a friend suggested he consider the teaching program. A professor in the program made an instant connection with Brasch, and he found a real fellowship with students studying to become educators. These factors combined, minting the desire to become a teacher himself.  Generations later, he still loves the vocation.

“After 41 years, I still like getting up and going to work. I feel connected to the kids and staff I work with,” commented Brasch. He finds that education is a life-long journey. “When you are green you grow, when you are ripe you rot. I am still green,” he added.

Facing the Cold to Feed the Hungry 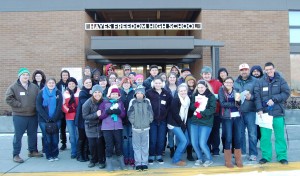 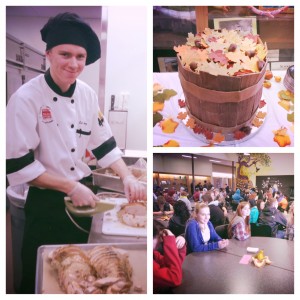 "To be a Renegade is to be fearless and dare to be different."

"The longer classes let me get work done efficiently."

"When I asked my son why he likes school this year, he said it is because he is treated as an individual."

"It doesn't matter who you are or where you come from...you will always be welcomed here."